the man behind the box

scroll down to find out more

Herman Voordeckers, proud founder of Divine Boxes, has alway been passionate about craftsmanship. Since 2004, he makes boxes to store heirlooms and precious belongings with the greatest care and eye for every detail. Herman’s vision for Divine Boxes has grown and transformed over the years, like a caterpillar emerges as a butterfly. In his vision, he wants to help both women and men realize a future in which they see well thought-out products as an extension of themselves. After all, every individual has the right to that valuable exclusivity.

the path to the perfect box

For Herman, the ‘path to the perfect box’ is an endless journey, a constant process of improving himself and his work. Supported by his extensive education and expertise, he aims to bring the highest level of professional craftsmanship with Divine Boxes. Since 2004, Herman has been the sole Belgian entrepreneur in the field of box making. On a global scale, Divine Boxes aims to bring an unparalleled level of quality and an uninhibited devotion to every detail.

Like most careers, also Herman’s career can’t be reduced to a simple straightforward story. At a young age, inspired by his father, Herman got an education as an electrician. For many years he worked as an in-field electrician and as a draftsman. In 1997, driven by his passion for woodworking, he started and successfully finished an education for joiner-carpenter. A couple of years later, he took another additional training and graduated as a professional cabinet maker.

Despite the numerous eductions and projects in the joinery, Herman’s hunger for learning stayed unstoppable. Additional to his previous trainings, he finished a 3-year education as restorer of antiques. Complementary to this education, he also finished a training for upholstery. Additional to this, Herman self-educated himself in restoring veneer and marquetry. As a finishing touch, Herman visited experienced box makers such as Andrew Crawford and Peter Lloyd to gain de deepest knowledge on how to make the perfect box.

In 2004, Herman officially founded Divine Boxes. On of his first professionally-made boxes, a jewelry box with a detailled hand-sawn butterfly icon on the lock, was dedicated to his wife Marie-Claire, as an acknowledgement of her continuous support during Herman’s long-traveled road. Since the founding of Divine Boxes, Herman also took an additional 3-year training as a goldsmith and jewelry maker, a skill he uses to detail his boxes and to distinguish himself from other box makers in the field. 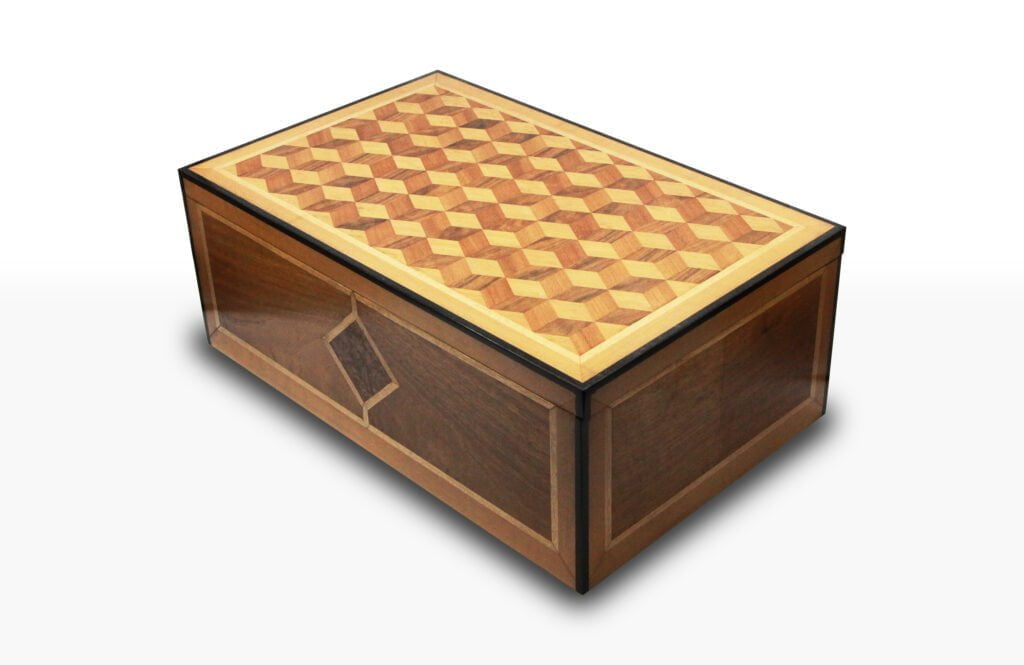 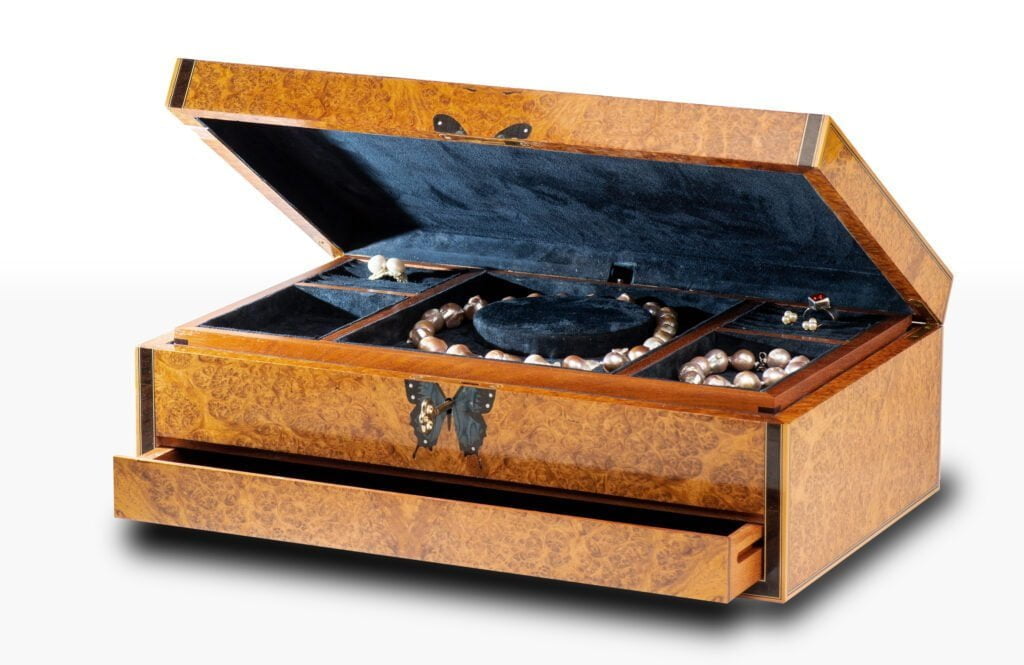 the family behind the box

Convinced by Herman’s devotion to take Divine Boxes to the next level, his three sons and his wife decided to team up and support Herman in his journey. During the past years, Divine Boxes developed to a family business. Herman’s sons use their diverse and extensive expertise to support Divine Boxes in graphic design, product development, webdesign, legal issues and networking. Herman’s wife, Marie-Claire, gives her unlimited support to her four men, and by doings this, she became the essential building stone of Divine Boxes. 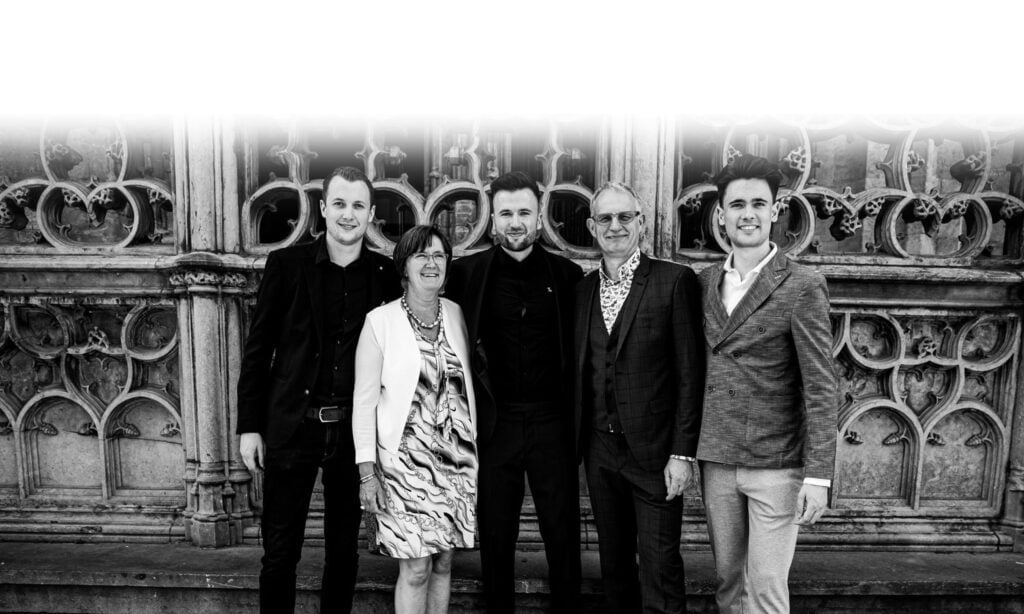